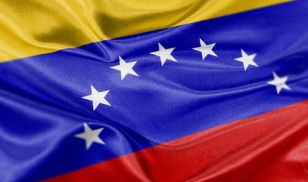 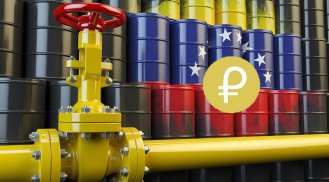 With crushing debt and a starving population, the Maduro government in Venezuela is launching what it says is the world’s first sovereign cryptocurrency. 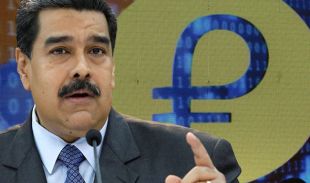 Mr Maduro tweeted: “To big problems, great solutions! From the first minute the game started well, and we started winning: 4.777 billion yuan or 735 million dollars is the initial result of the operations of purchase intent of the Petro.

The cryptocurrency is designed to bypass U.S. government sanctions against the socialist regime. The “Petros” cryptocurrency will have an initial value tied to the price of a barrel of Venezuelan crude oil in mid-January, which was $60 per barrel, with a target of 100 million Petros to be sold.

The U.S. Treasury Department warned that the move may violate last year’s sanctions, while Venezuelan opposition leaders say the sale constitutes an illegal issuing of debt.

After the first day of trading, President Maduro claimed to have raised $735 million. State officials are claiming a 5x increase in traffic to the website, but some critics, including Venezuelan product designer and cryptocurrency writer Alejandro Machado, are skeptical.

In speaking with Bitcoin Magazine, Machado commented that he was unable to find any transactions on the blockchain regarding Petros and, while the token was originally slated to be released on the Ethereum network, it since has transitioned to NEM.

“The government hasn’t confirmed that this is the address, but they confirmed they’re using NEM, and it’s the only mosaic matching the Petro description,” Machado said. “The mosaic’s metadata also uses similar phrasing to the white paper.”

Machado has been writing about the upcoming Petros since early December 2017, remarking, “Many think it’s yet another episode of empty propaganda, but I profoundly disagree: chavismo is facing the existential danger of running out of funds, and they’re betting heavily on the Petro.”

His skepticism about the plan runs deep: “No doubt aware of their terrible track record, the government is incentivizing participation in the private sale by offering a 60% discount. What company in the world would sell 38 million units of a product for less than half their market value? A company that doesn’t intend to ship you the product after you buy, of course.”

With $150 billion in foreign debt, quadruple-digit inflation, the collapse of their oil output, and crushing sanctions by the U.S. and the EU, the Venezuelan government has become increasingly creative in ways to generate revenue. Petros represent nothing more than a promise against the 300 million barrels of oil that Venezuela believes they can recover but have yet to pull from the ground. There is an additional problem that U.S.-based investors purchasing the Petros would be in violation of American sanctions and could find themselves in trouble with Uncle Sam.

The Hill :  Venezuela’s cryptocurrency is a farce

Violence and dire poverty have become a feature of every day life for many Venezuelans.

Petro coin price: What is el Petro cryptocurrency and can YOU buy some?

Comment:  With desperate economies trying their luck by gambling on cryptocurrencies, what is going to be the outcome? Is the world heading for an economic catastrophe on an unprecedented scale?

Torchlight Voice of the People Not the Pundits
International Free Press

Dr. Jordan B. Peterson
Wanna Be A MGTOW

but I'm married with kids......someone said I should journal so this is a place to dump the crap that's on my mind.

Reclaiming your life, your happiness, and your freedom.

I am Rwandan Man Going My Own Way. I don't Hate Women but I can't stand what they turned into. I advocate Men’s health and Wealth and share Red pill knowledge to fellow men.